The Kanazawa Youth Chamber of Commerce (hereafter JCI Kanazawa) is pleased to announce that in order to create an attractive space suitable for the future Kanazawa where new cultures and new economies will gather, while inheriting the harmony between the historical values accumulated in the city of Kanazawa and the lives of citizens, the “Jue 20 Towns Kanazawa New City Center Axis Design Competition” is soliciting urban space ideas for the site facing the urban center axis from Kanazawa Station to the Musashigatsuji intersection. 2022″.

The “Jujutsu no Machi Kanazawa New City Center Axis Design Competition 2022” is a competition that seeks urban space ideas drawn with free ideas without being bound by the cityscape ordinance enacted by Kanazawa City.

We are looking forward to receiving new ideas that go beyond conventional ideas from various perspectives, such as how to utilize the urban axis extending from Kanazawa Station (Komon) to draw a future Kanazawa while inheriting history, area development with distributed arrangement by a single building or multiple buildings, renovation of existing facilities, etc.

The current landscape of Kanazawa is made possible by the accumulation of preservation and regeneration of traditional architecture in each era, while at the same time accumulating new architecture in accordance with the times, such as the 21st Century Museum of Contemporary Art, Kanazawa and the National Museum of Crafts in recent years. From the viewpoint of landscape conservation, we have established a building height limit of up to 60 meters for almost the entire city ahead of other cities, and citizens have taken the initiative to protect and enhance the landscape value of Kanazawa.

With the opening of the Hokuriku Shinkansen in 2015, many tourists from all over the world are visiting Kanazawa. However, in response to the corona disaster, the number of shops and facilities that are closing is increasing even in the central city area of Kanazawa, and the number of vacant lots is also increasing. Even if new facilities and buildings are to be attracted, it is judged that economic efficiency is inefficient due to height regulations imposed by the cityscape ordinance, etc., and reconstruction is difficult, and land utilization does not progress as expected.

Therefore, we believe that now is the time for Kanazawa to have the opportunity to think about new urban development that is not bound by existing regulations, and we have come to the implementation of this competition.
Taking this opportunity, I would like to throw a wrench into the stagnant redevelopment of Kanazawa and have citizens think about “what kind of landscape is unique to Kanazawa” and “Is it possible to balance conservation and development?”

In this competition, five judges will serve as judges, including Junya Ishigami, who has received numerous global awards such as the Architectural Institute of Japan Award (2009), the Golden Lion Prize at the Venice Biennale International Architecture Exhibition (2010), and the first winner of the Obel Award, an international architecture award, in 2019. Mr. Ishigami has served as a judge in many design competitions in the past, and has discovered many young designers and artists with his aesthetic eye.

Takahiro Miura, who has made numerous media appearances as a wind cloud child in the advertising and PR industry and boasts a high level of attention, will be the first judge of a design competition. Under the banner of “Commitment to Change and Challenge”, I am a professional who carves out the future with the power of creativity, and I am a Kanazawa fan who recognizes both myself and others, so I came to participate this time. As a planner and a fan, you will select works that will lead the future of Kanazawa from two perspectives.

In addition, Tomohiro Miyashita, a professor at the Faculty of Architecture at Kanazawa Institute of Technology who is well-versed in the background of the architecture and town development of his hometown of Ishikawa Prefecture, Mr. Toshie Ueda, who runs a social gathering place in Kanazawa in Kanazawa and has a high name recognition to citizens and has a viewpoint as an economist and citizen, and Tanabe, who has been involved in town development and human resource development as the vice president of JCI Kanazawa in 2022 on behalf of the organizers. Mr. Yuichi will also use his experience to judge the works.

In addition to the valuable opportunity to have professionals who are active in their respective fields of expertise judge their own works, there is a possibility that their own ideas will be an opportunity to change the city of Kanazawa in the future. 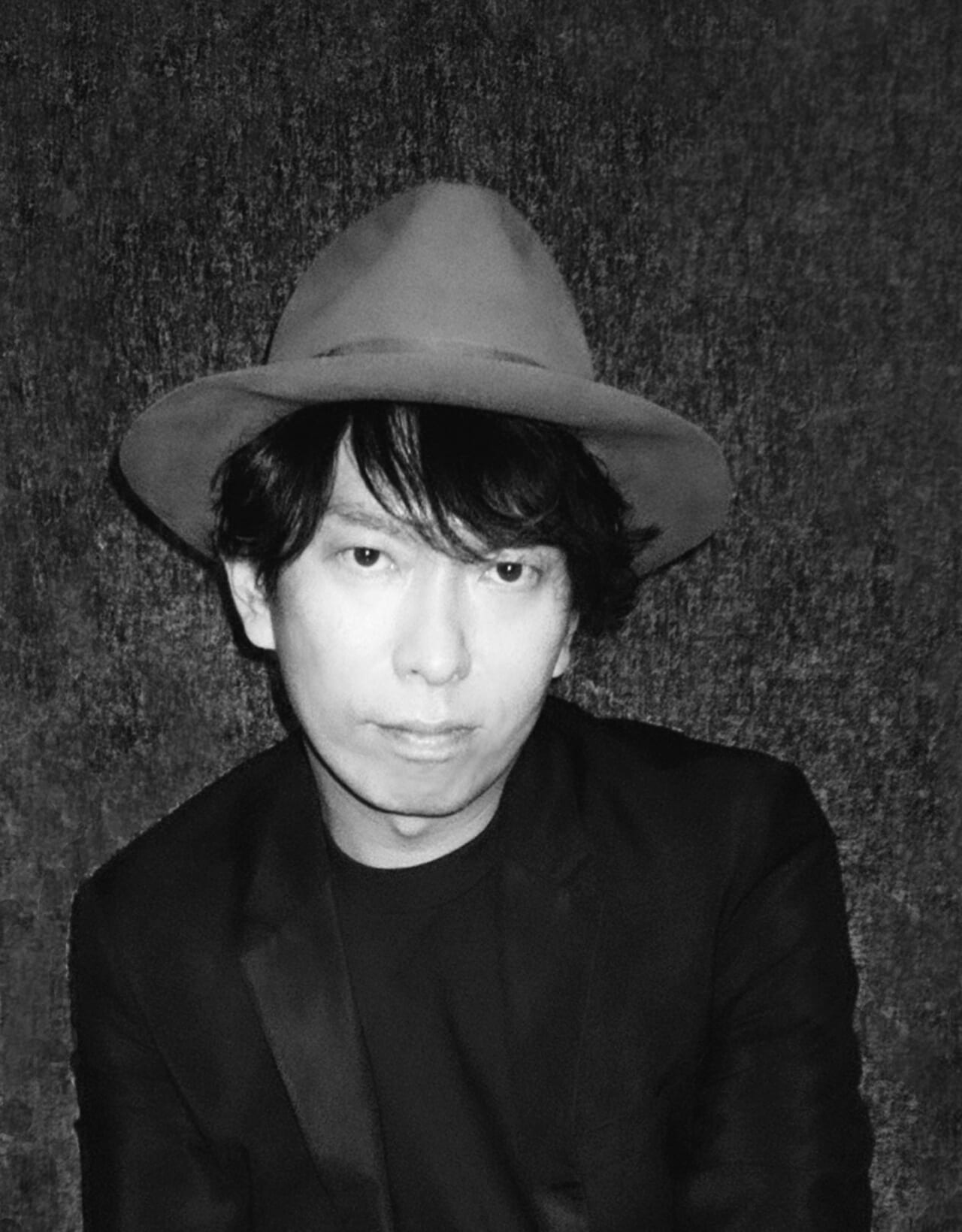 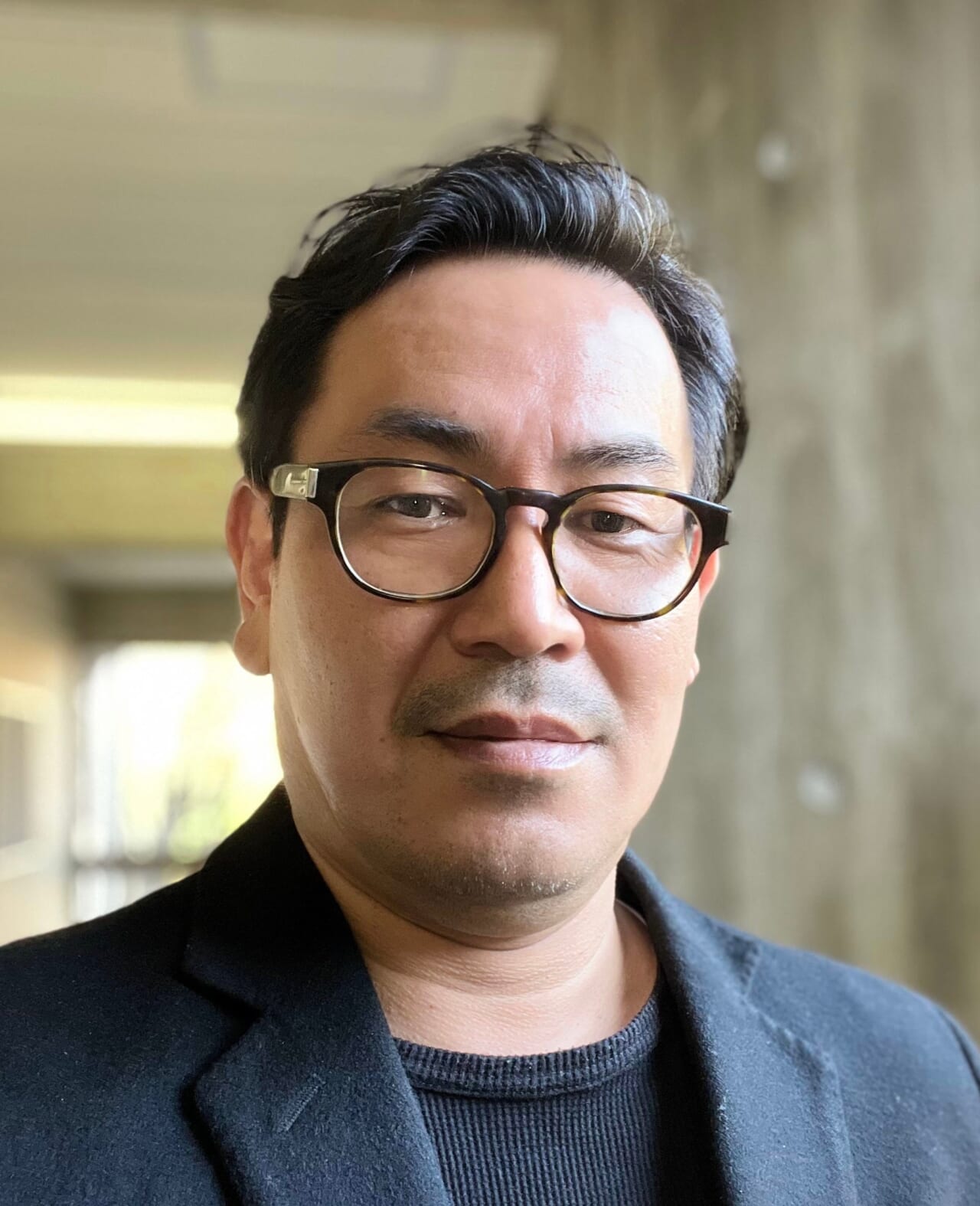 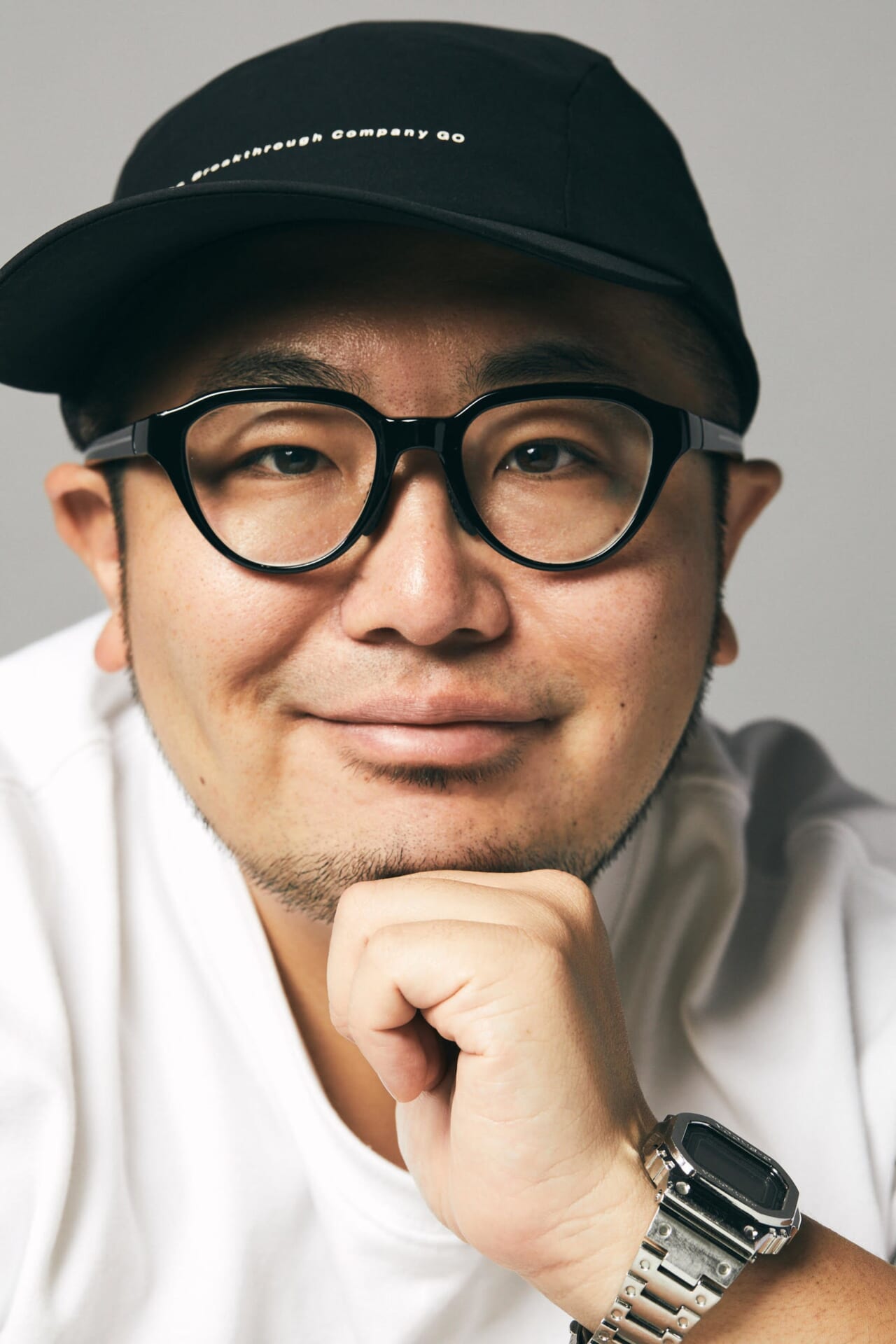 Joined Hakuhodo in 2007, experienced the three fields of marketing, PR, and creative, and became independent in 2017 after working at TBWA\HAKUHODO. His credo is “not to create expressions, but to create phenomena.”
He has received numerous awards, including Cannes Lions, PR Award Grand Prix, ACC TOKYO CREATIVITY AWORDS Grand Prix/Minister of Internal Affairs and Communications Award. His book “Verbalization Power (If You Can Speak into Words, Your Life Will Change)” (SB Creative) ranks first in Amazon’s ranking of business books. His most recent book is “Super Creative (Moving Reality with “Ideas” × “Implementation”)” (Bungei Shunju).
He has lectured at the University of Tokyo, Waseda University, and the Human Resources Institute. 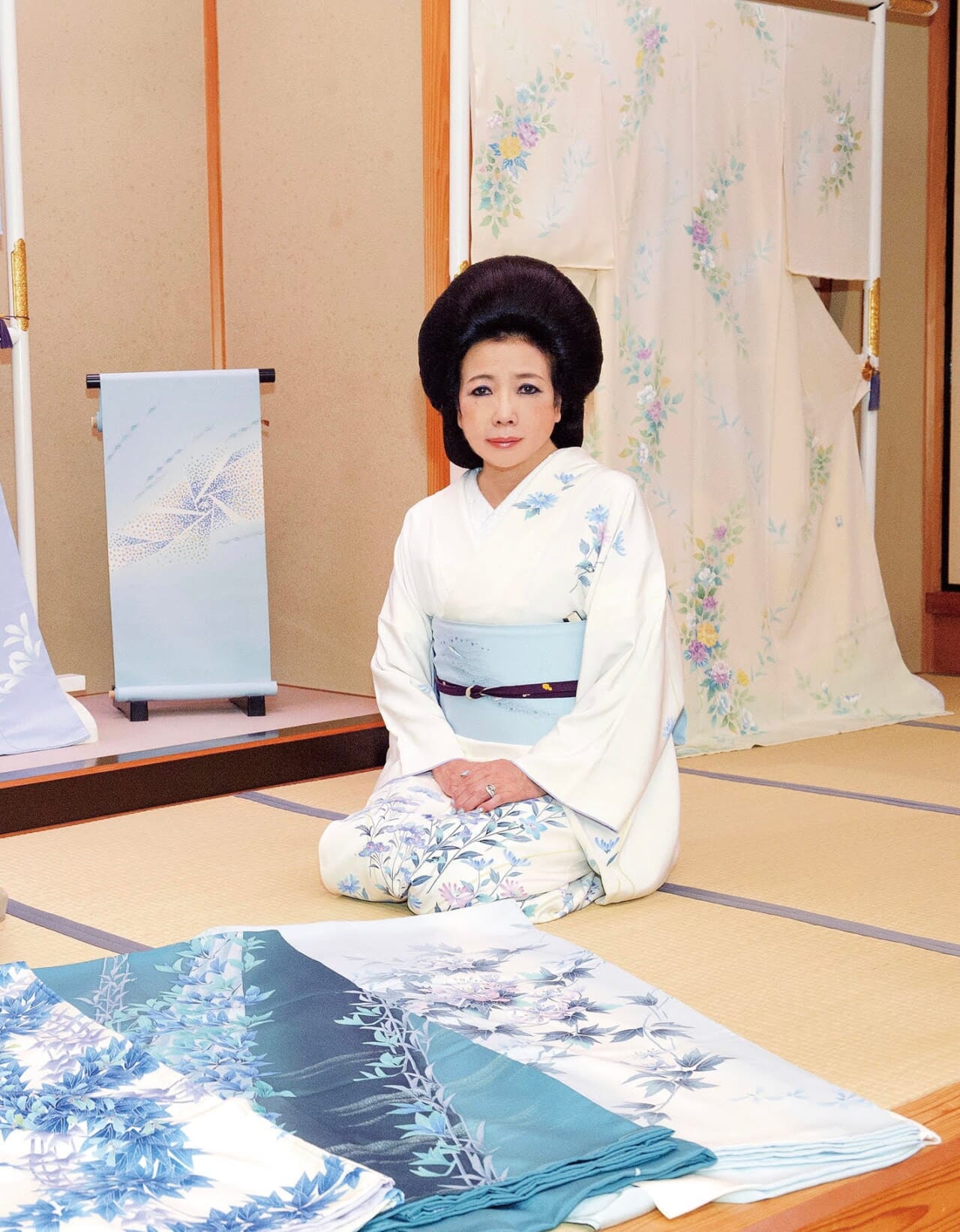 He was born in Tomirai Town, Ishikawa Prefecture (now Shiga Town). In 1986, she opened her first store in Katamachi, Kanazawa City, “Night in Toshie” and became a mom. After that, “Lounge Rie” was followed by “Club Rie” in 1991, “Club Rie Ginza” opened for the first time in Tokyo in 2004, and also opened stores in Shanghai and Suzhou, China. He has a long association with local business people and has a wide network of contacts in the local area. As a member of the Kanazawa Association of Corporate Executives, he also contributes to the development of the local economy. Recently, he has been active in various fields such as writing books and guest appearances on TV programs, and is well known in the prefecture. 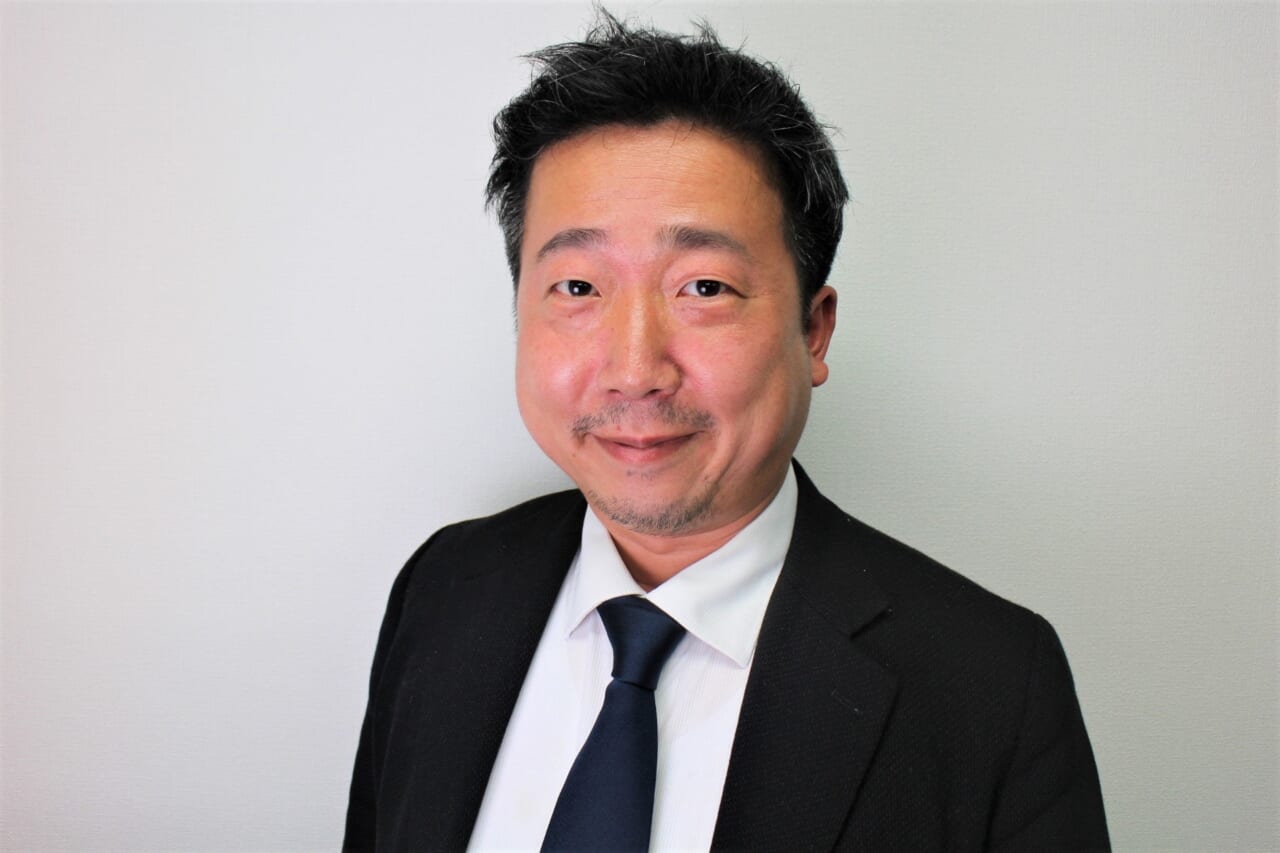 Worked at Ura Architects & Design Co., Ltd. While enrolled in the Faculty of Architecture of Kanazawa Institute of Technology, he engaged in research on the theme of urban issues in Kanazawa. After working at design offices in Tokyo and Osaka, he returned to his hometown in 2011 and joined his current design office. In 2017, he joined the Kanazawa Youth Chamber of Commerce and engaged in community contribution activities from various aspects, such as town planning and human resource development projects.

■Target area
The site facing the central axis from Kanazawa Station to the Musashigatsuji intersection
(Please freely select either a single site or an area development that integrates multiple sites based on the proposal.) )

Description of the target area: Kanazawa Station is a place to welcome visitors as the gateway to Kanazawa City and a nodal point for city transportation.
In addition, the intermediate area from Kanazawa Station to the Musashigatsuji intersection is a group of high-rise buildings centered on offices and apartment buildings. In addition, Kanazawa Emza, located at the Musashigatsuji intersection, is the first urban redevelopment project in the city, and it is also a building of architectural value that Mr. Yoshio Taniguchi supervised the design. We are looking for urban space ideas that create new value in Kanazawa that will create new value in Kanazawa where various people, such as citizens and visitors of Kanazawa, will create innovation through exchange in this area that can be regarded as a symbol of modern urban development. 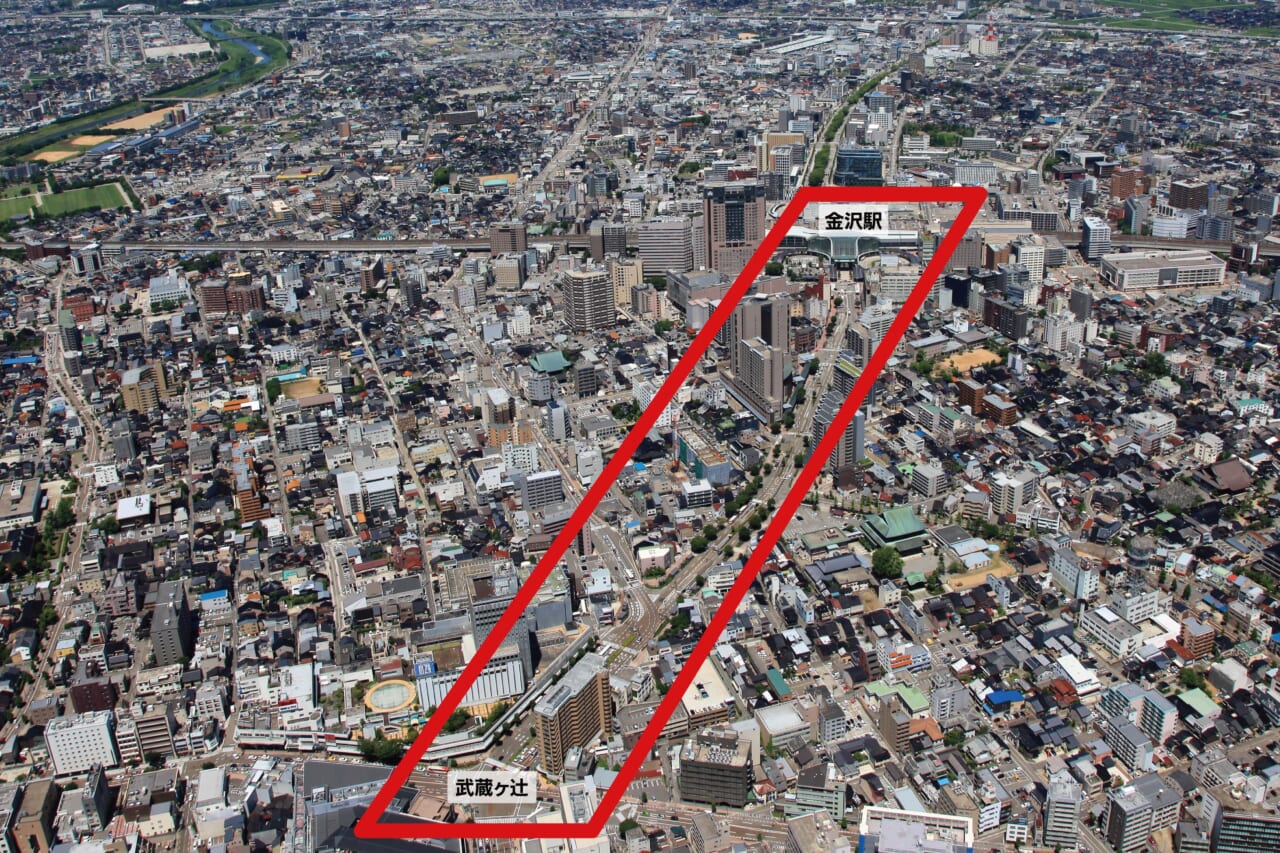 ■Eligible Participants
We are looking for applications from individuals, organizations, and companies engaged in design and design activities in Japan.
* It is also possible to apply as a group of multiple people (individual or corporate, etc.).
*Age, nationality, qualifications, experience, etc. are not required.
* Entries are limited to one work per person (group), and multiple works cannot be entered.
* It is also possible to enter works that have exhibited in other competitions in the past.
In that case, please submit the works that you have exhibited in other competitions in the past after modifying them to conform to the purpose and application guidelines of this competition.

As a member of the International Youth Chamber (JCI), JCI Kanazawa is a public interest incorporated association that aims to realize a bright and prosperous society with the core of its activities of “personal training, service to society, and friendship with the world” and works for the future of the city of Kanazawa and the people living there, and this year marks its 70th anniversary. As of June 2022, there are approximately 180 members, and young people from a variety of industries, including young managers, are enrolled regardless of gender. In 2015, the JCI World Congress in Kanazawa was held. At that time, the Kanazawa Declaration was adopted, in which JCI pledges to cooperate with the United Nations Sustainable Development Goals (UN SDGs). Since then, JCI Kanazawa Conference and other initiatives have been the world’s first in activities related to the SDGs.
At JCI Kanazawa, by uniting our diverse friends and thoughts and conducting activities that lead to the development of the region, we can not only expand the world, but also gain many insights and learn from them. 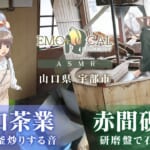