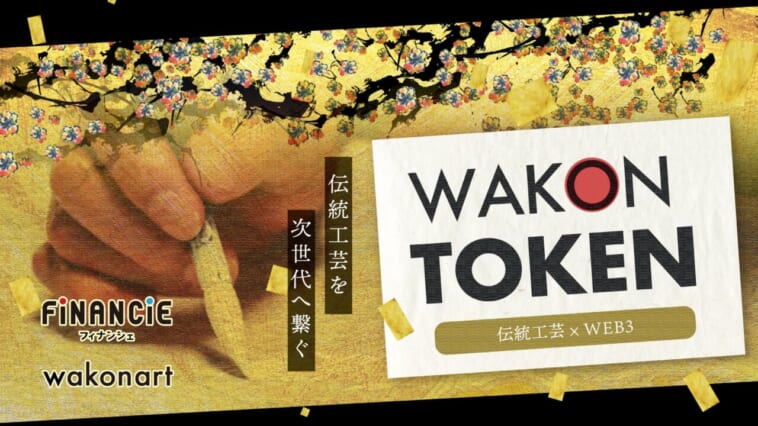 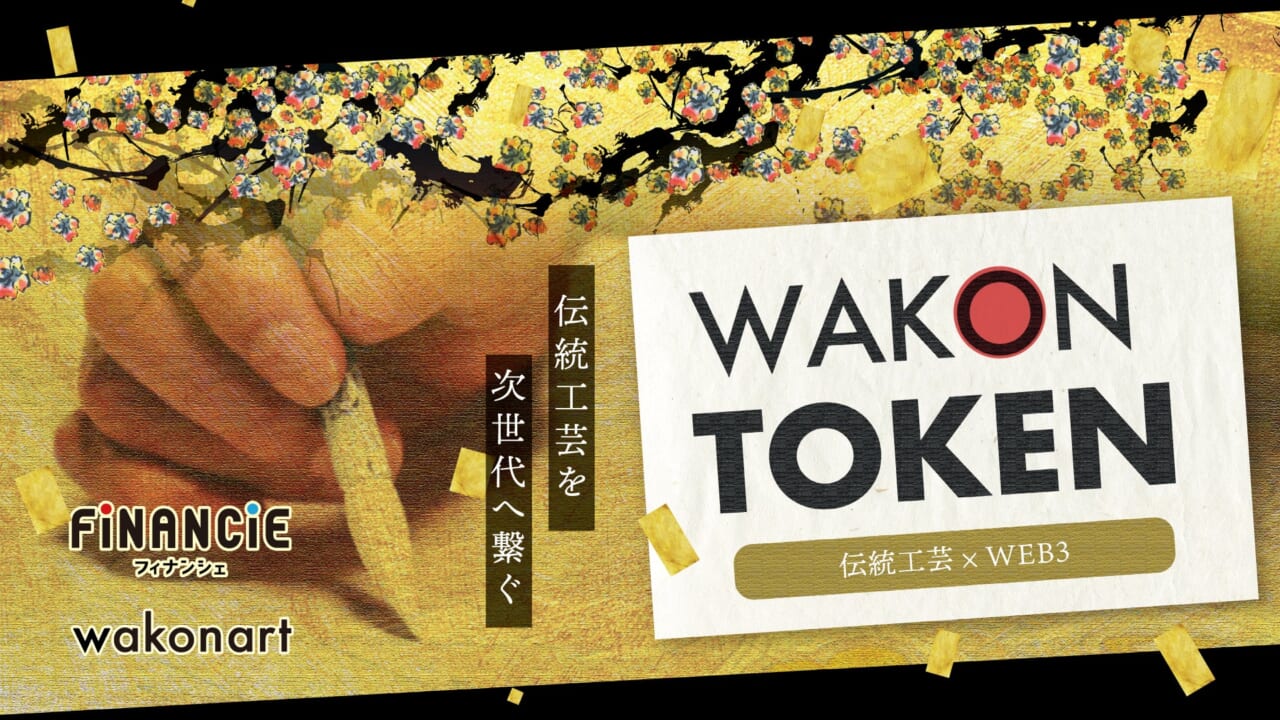 The WAKON Project is a project that aims to think about and update the state of traditional crafts of Japan that we should be proud of to the world, with the founder of student entrepreneur “Katsuyuki Shirae” who is working to pass on Japan culture with content from the perspective of Gen Z, based on the concept of “Japanese soul”.

Traditional craftsmen active all over the country have announced their participation in this project, and at the same time, disseminating the charm of Japan culture and traditional crafts both inside and outside Japan in terms of culture, technique, art, and fashion, we are aiming to create IP developed under the name “Wakon” as a “community-driven traditional craft product development studio”.

◉ Traditional Crafts × Web3
In the project, FiNANCiE’s “token issuance” and “co-creation community” will be used to engage with traditional craftsmen and general users nationwide with transcendent techniques beyond boundaries, and will take on the challenge of creating original items and content as proof of this.

As one of the initial activities, we aim to integrate the entire process from planning, production, and distribution of apparel and accessories in a community-driven manner.

◉Inheritance of traditional techniques through co-creation
Supporters can participate in product planning through token voting and questionnaires, and veteran craftsmen and young craftsmen will be in charge of joint production based on the ideas generated from them.

Through sharing the process of reaching the completion date, it is an initiative with the purpose of “traditional techniques are passed on among craftsmen, and at the same time, supporters can witness the moment.” The items that will be the result of this initiative will be provided to supporters through preferential sales and lottery events that will be held on the condition that a certain amount of tokens are held.

In addition, various other projects are scheduled to be implemented, such as holding workshop experience events for token holders and designing tour contents for domestic and foreign travelers. Please check the funding page for details.

From the perspective of traditional crafts, we will think about “good old Japan culture” and “future Japan culture” together, and implement “token issuance funding” for initiatives aimed at creating new value. 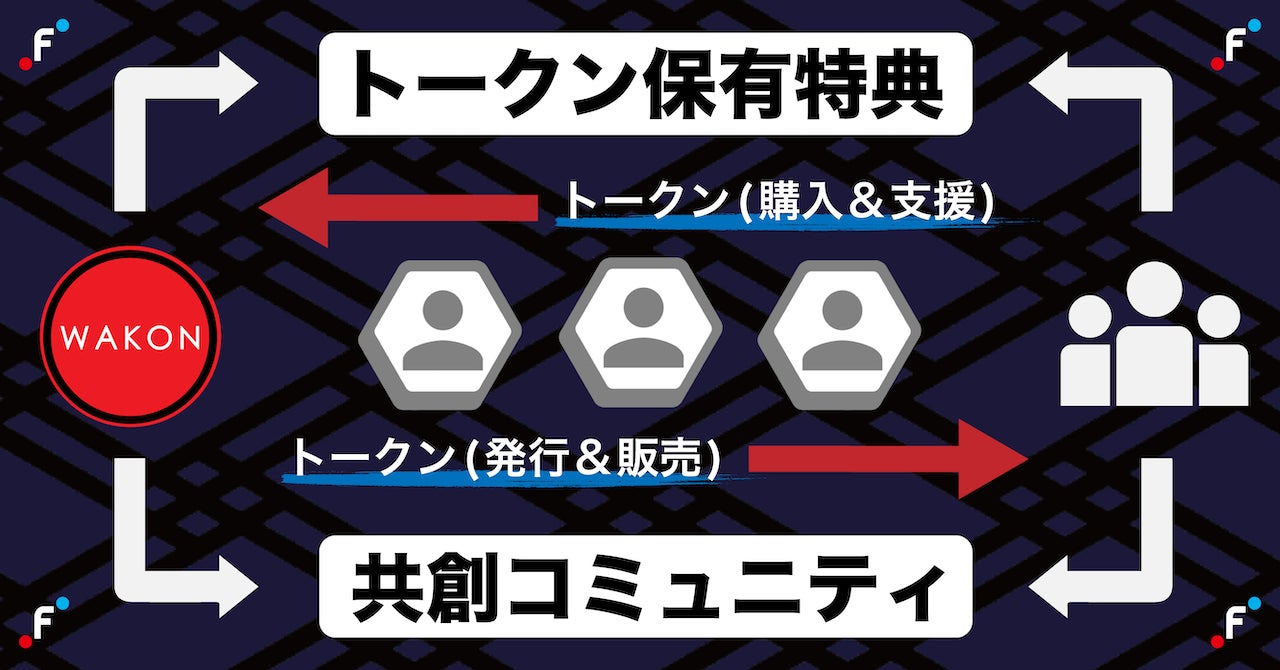 “Token issuance type funding” is a new crowdfunding in the Web3 era that seeks support at the same time as issuing tokens.

In this project, through this token issuance type funding, we will challenge the creation of a new mechanism → raise funds through token sales→ create original items with support money share the production process within the community→ and grant token holders priority purchase rights for completed works.

・About tokens
Tokens in FiNANCiE are “digital items” that serve as proof that connect project owners and supporters. This token has a quantity like points, and its value (price) fluctuates according to demand.

In the marketplace that opens after the funding ends, secondary circulation is possible, and supporters can also give tokens to each other in the community.

* The token issued by the Wakon Project is FT (Fuingible Token). This token is not a security under the Financial Instruments and Exchange Act, nor is it a crypto asset under the Payment Services Act.

The support money collected from the initial funding will be used for the planning and development of original items. FiNANCiE’s co-creation community will implement the following projects to promote two-way communication between owners and supporters, such as token voting and lottery projects.

★ Craftsman’s room
It is a channel where traditional craftsmen can transmit their daily work and progress, communicate with supporters, and experience things that can only be heard here, scenery and traditional techniques that cannot usually be seen. 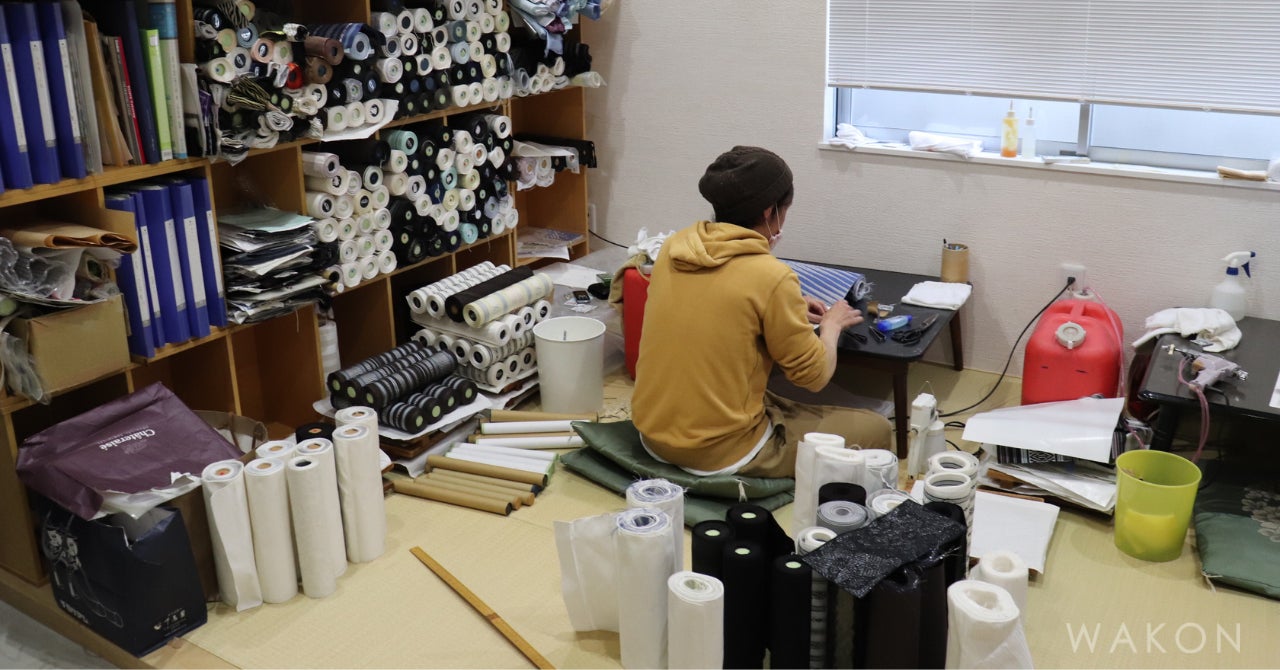 ★ Token Voting
We plan to set various themes such as casual design selection to those related to planning and management. 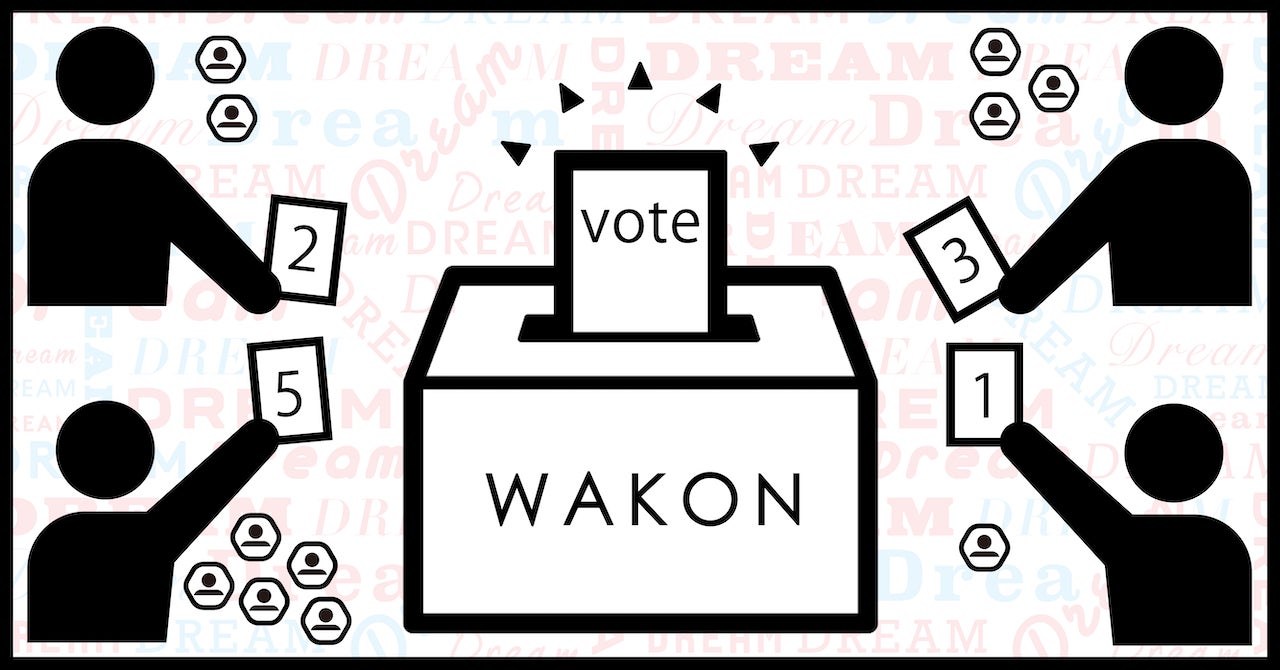 * Token voting image: Number of tokens held = vote as number of votes held! (In some cases, it is carried out as one vote per person)

In addition, in response to the voices and ideas received from supporters, the community will plan and consider various measures and disseminate them both domestically and internationally.

《Introduction of some of the support benefits》

□First Time Only: Commemorative Collection
It is a digital item that can be viewed and traded within the FiNANCiE app. 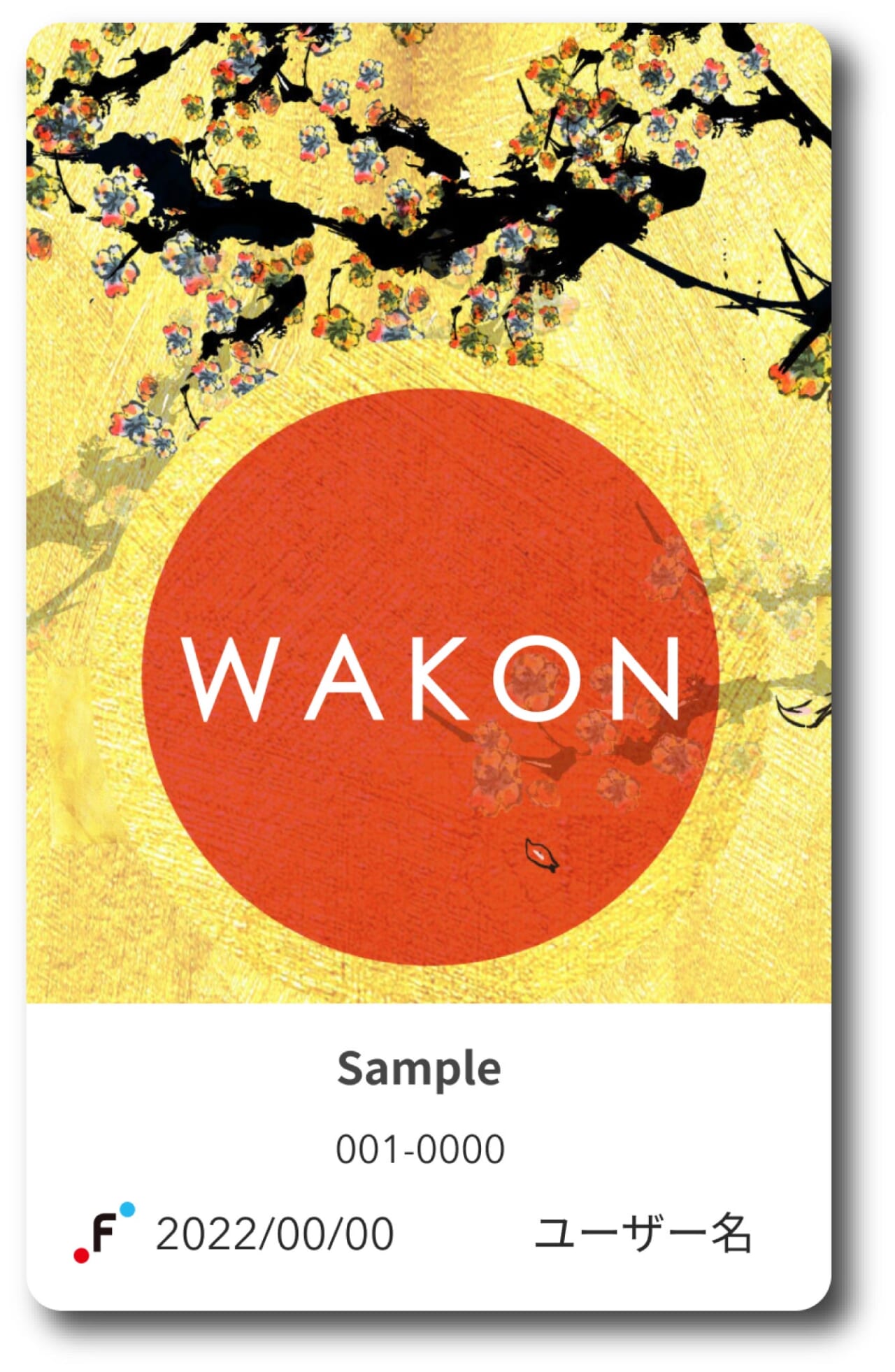 □ Traditional craft items (limited quantity)
Some support courses come with fashion items made by combining the skillful skills of craftsmen and premium items such as tableware.

The above is an example, and in addition to this, we offer various support benefits such as rights and benefits according to the amount of tokens held.

For details on support benefits, please check the purchase page for each support course.
URL：https://financie.jp/users/Wakon/cards 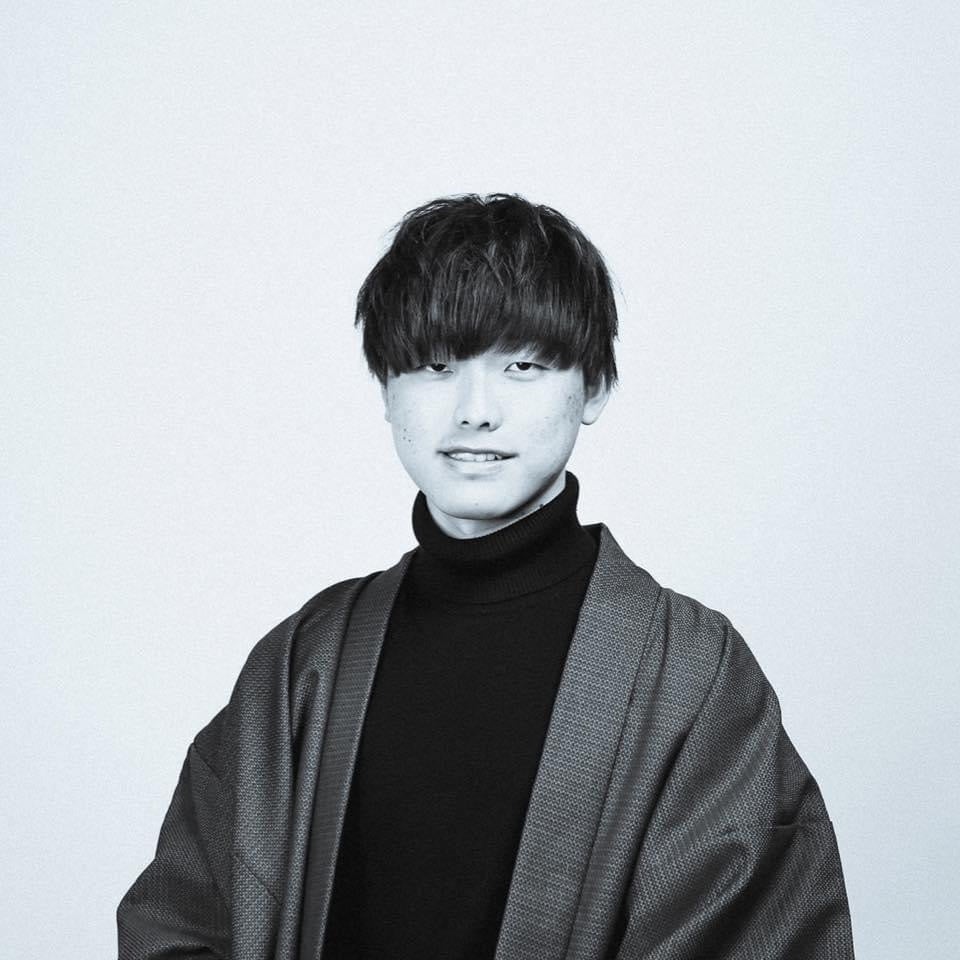 In January 2020, we entered the traditional craft field in earnest.

At first, I didn’t know right or left, and I just wanted to “like traditional crafts” and went around Japan workshops all over the country.
About three years have passed since then, and we are finally able to run our business in the field of traditional crafts.

This is all thanks to the various guidance we received such as the philosophy of manufacturing and the distribution of crafts, and I am truly grateful.

And now WEB3 is very much talked about.
I feel that WEB3 and traditional crafts have new possibilities.

In particular, token-based fundraising, community building, and providing experiences only for token holders, this trend is compatible with traditional crafts with limited production volumes.

I would like to watch the “development of traditional crafts of Japan” from a long-term perspective with all of you.
Thank you for your support. 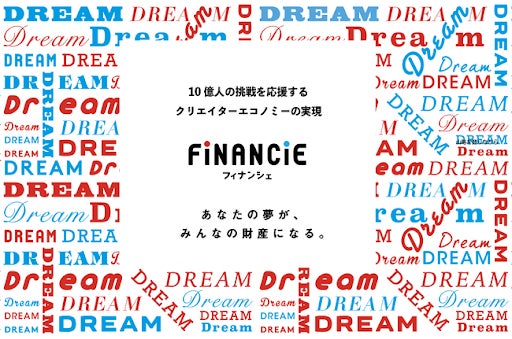 Financier Co., Ltd. is developing an NFT business and crowdfunding 2.0 service “FiNANCiE” that utilizes blockchain technology, aiming to “realize a creator economy that supports the challenges of 1 billion people”. Currently, we have a track record of issuance, sale, planning and operation of more than 190 tokens (individuals, groups, projects) (FT&NFT).

* Blockchain is a new network transaction data technology that is autonomously decentralized. It is used for Ethereum and Bitcoin due to its features such as “difficult to falsify and can keep a clear record of transactions”, and recently tokens on the blockchain have begun to be used for various services other than crypto assets.

* Regarding the notation of “first in Japan”: FiNANCiE token issuance status as a traditional craft industry (according to our research in November 2022) 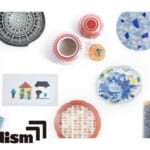 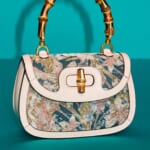